Rabbi Dr. Jeffrey R. Woolf is an internationally known scholar, lecturer and public figure. He serves as an Associate Professor in the Talmud Department at Bar-Ilan University in Israel, where he specializes in the History of Halakhah, Medieval and Renaissance Jewish History, and the inter-action between Judaism, Islam and Christianity. He is the director of Bar Ilan's Institute for the Study of Post-Talmudic Halakhah.
Dr. Woolf received his BA in History (summa cum laude with distinction) from Boston University in 1976, alongside a BHL (cum laude) in Talmud and Midrash from Boston Hebrew College. He received his PhD (1991) in Medieval Jewish History and Literature at Harvard University, under the guidance of the late Professor Isadore Twersky. While at Harvard, he spent a year at the Hebrew University as a Lady Davis Graduate Fellow (1983-1984). Prior to his Aliyah, he spent two years at Yale University, as a Post-Doctoral Fellow and Visiting Lecturer in the Department of Religion. Woolf has served as a visiting professor at Yale University, Yeshiva University, and New York University. He has delivered guest lectures at Harvard University, Boston University, Yeshiva University, Drew University, Washington University, University of Leiden (NL), Potsdam University (Berlin), and the Institut National des Langues et Civilisations Orientales (INALCO; Paris).
Rabbi Dr. Woolf studied for nine and a half years under Rabbi Joseph B. Soloveitchik, first in Boston and then at Yeshiva University, where he received semikhah (rabbinic ordination) in 1982. While at Yeshiva, he learned for four years in the Kollel, directed by R. Hershel Schachter. During the period 2001-2003, he began studies toward Dayyanut at Kollel Eretz Hemdah in Jerusalem. In addition, Rabbi Woolf received semikhah from Rabbi Gedaliah Felder, the late Av Bet Din of Toronto.
Rabbi Dr. Woolf is well known in the public arena. He has been a leading advocate and spokesman for Orthodoxy, in both the United States and Israel. In Israel, he was the founding Chairman of YU’s Orthodox Forum in Israel. In the United States, he was the founder of the Orthodox Roundtable, the first Modern Orthodox Halakhic Think tank, which set the agenda for every major issue addressed by the Orthodox and the broader Jewish, community in the past two decades. He was the founding Executive Chairman of YU’s Orthodox Caucus, and a moving force behind the RCA Pre-Nuptial Agreement to resolve the plight of women who are unable to obtain a religious divorce. His weblog, My Obiter Dicta, is a well known forum for the discussion of religious and political issues facing Judaism and the Jewish People, in Israel and abroad. More recently, he has begun blogging at The Times of Israel.
Rabbi Dr. Woolf is a much sought after lecturer, addressing a broad swath of issues and topics, of both historical and contemporary interest. Proficient in five languages (English, Hebrew, French, Italian, German), he has lectured throughout Israel, the United States, Canada, and Europe. He is frequently interviewed in the electronic and print media, both in Israel and abroad (France Soir (Paris), ADR-TV (Germany), the Jewish Chronicle (London), Zukunft, The Christian Science Monitor, Jerusalem Post, Forward, New York Jewish Week, Yedi’ot Aharonot, The Israel Times, Times of Israel, Yisrael ha-Yom, and Ha-Modi'a). In addition, he has appeared on WABC-TV (New York), Israel Radio (Reshet Bet, Radio Moreshet, Israel National Network News, Radio Kol Hai, Radio le-lo Hafsaqah, Radio 99, Galei Tzahal) and Israel television (Arutz 2 and Arutz 10).
Rabbi Woolf is the author of forty scholarly monographs. He has edited three books, among them the most recent translation of Rabbi Joseph B. Soloveitchik’s classic work, Kol Dodi Dofeq. His forthcoming book, Sacred Community in Medieval Franco-Germany: The Ashkenazic Qehillah Qedoshah, will be published in the Spring of 2014 by E. J. Brill. He is presently working on a book (in Hebrew) of essays on Israeli Orthodoxy and its encounter with modernity in Israel. In addition, he has authored dozens of articles that have appeared in popular publications (Maqor Rishon, Walla, YNET, Ma'ariv-NRG, Kipa). 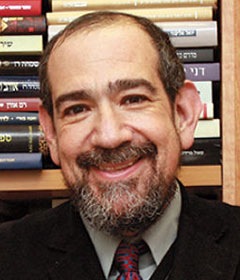